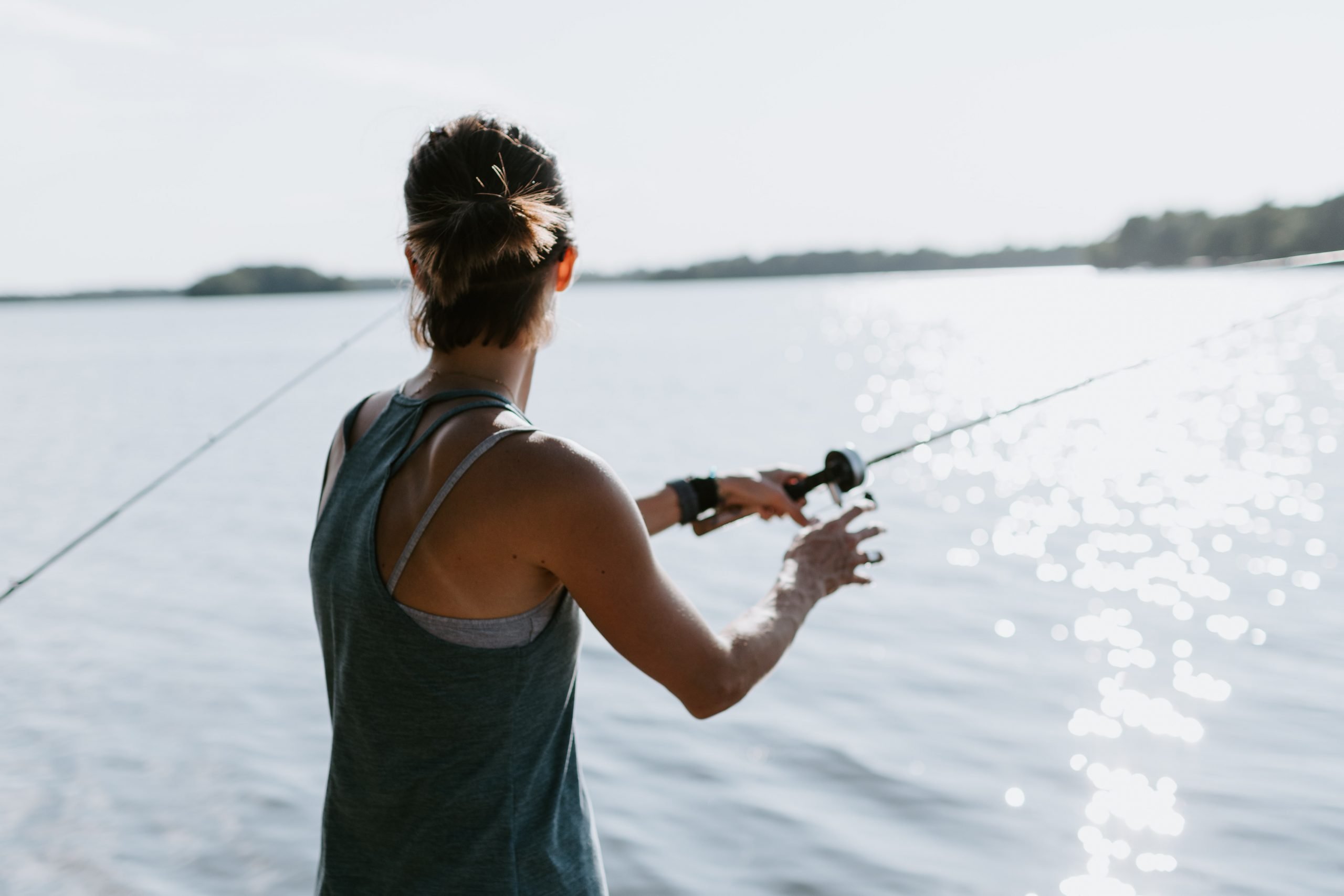 Over the last few years, several women have proved to be great anglers in the bass fishing world, especially when catching smallmouth and largemouth bass.

At this time, women don’t compete against other men but rather join the Lady Bass Anglers Association and sign up for one or more of their tournaments.

Today, we will focus on three professional bass anglers and share how you or someone you know (i.e., wife, daughter, or girlfriend) can start their angler journey.

She began tournament fishing in 2014 after a local angler approached her in a tackle shop and convinced her to give tournament fishing a try. She showed up with no idea what she was doing aside from knowing she could fish for 9 hours straight from a boat instead of the bank.

Michelle, a Michigander, has now competed in eight professional tournaments and continues to fish local events. She is currently an MLF Tour co-angler.

“The reality is you are out there to catch bass; you aren’t competing for face to face with another man. So I zoom in and focus. I’m an observer, a researcher, and a learner,” Michelle says when it comes to being a better angler.

Christie started her career in 2005 and has competed in 46 tournaments. She is an extremely dedicated angler by fishing from daylight to dark and spending non-water time on her tackle.

“You can quickly ruin your reputation and damage your brand on how you conduct yourself off the water. Also, it puts me at a disadvantage without a network of competitors to compare notes, like the men have,” Christie tells women, newcomers, into the sport.

Hays grew up in a fishing family as the daughter of two bass pros, her mom and dad. She’s the fourth female angler in MLF history to qualify for or compete in the All-American.

“Bass fishing is for anyone. You can go to these tournaments, and you’ll have so much fun, so enjoy fishing the day and meeting new people,” says Melinda.

How to Get Started in the Bass Fishing World

Brought to You by Sarasota Quality Products

We have been selling marine hardware, locks, latches, and stainless steel hinges since 1983.